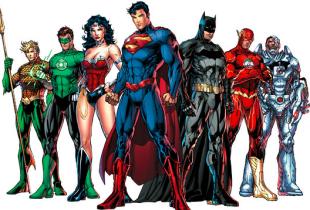 Warner Bros. is quickly moving ahead to bring DC Comics' 'Justice League of America' to the big screen.

Director George Miller has now been added to the project. And while it's still in the initial stages of casting, the movie is reported to be a pre-strike priority for the studio.

The 'Justice League' movie should feature Superman, Batman, Wonder Woman, the Flash and Aquaman. The Green Lantern is also featured in the comics but isn't a sure thing for the movie as of yet.

Christian Bale, star of the 'Batman' franchise, and Brandon Routh, star of 'Superman Returns', will probably not be cast in the movie so their franchises are not affected by the 'Justice League' movie.

It's said Warner Bros. wants to make the movie happen to expand their superhero franchses, and they see it as a launching pad for future Wonder Woman, Flash or Aquaman movies, even if it delays production on the next 'Superman' movie.