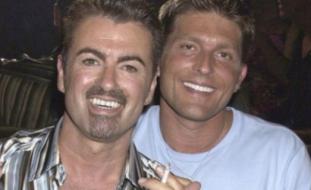 The singer-songwriter passed away over Christmas at 53 due to heart failure.

"I'm heartbroken with the news that my dear friend and long time love George Michael has passed," Goss says in a statement.

"He was a major part of my life and I loved him very, very much. He was an extremely kind and generous man."

"The beautiful memories and music he brought to the world will always be an important part of my life and those who also loved and admired him."

Michael referred to Goss as the "love of his life" until they split in 2011.

Meanwhile, his current partner, Fadi Fawaz, has confirmed he was the one who found the British musician lifeless.

"It's an xmas I will never forget finding your partner dead peacefully in bed first thing in the morning.. I will never stop missing you," he writes on social media.