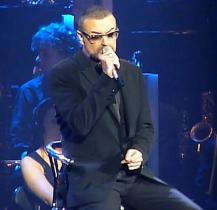 George Michael has died of heart failure, according to the singer's longtime manager.

"It is with great sadness that we can confirm our beloved son, brother and friend George passed away peacefully at home over the Christmas period," his rep says in a statement.

"The family would ask that their privacy be respected at this difficult and emotional time. There will be no further comment at this stage."

Manager Michael Lippman says he received a call on Christmas morning that the singer-songwriter had been found "in bed, lying peacefully."

George Michael first rose to fame as part of the pop group 'Wham!' in the 1980s with songs like 'Wake Me Up Before You Go-Go' and the 'Last Christmas'. The two time Grammy winner sold over 100 million albums over his career that spanned nearly four decades.