George Lucas To Donate 'Majority' Of $4 Billion To Fund Education 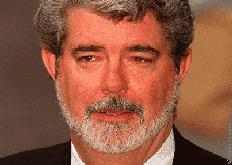 George Lucas says he plans on donating most of the money from his $4.05 billion sale of Lucasfilm to a foundation that focuses on education.

Disney bought Lucasfilm as well as production companies, including Industrial Light & Magic, from the man behind 'Star Wars' in a deal that involved billions earlier this week.

"George Lucas has expressed his intention, in the event the deal closes, to donate the majority of the proceeds to his philanthropic endeavours," says a spokesperson for Lucas.

"For 41 years, the majority of my time and money has been put into the company," Lucas says in his own statement.

"As I start a new chapter in my life, it is gratifying that I have the opportunity to devote more time and resources to philanthropy."

Lucas did not mention any charities by name but it would stand to reason that it may be Edutopia, which is part of the George Lucas Educational Foundation.

"It is the key to the survival of the human race," the filmmaker said about education in 2010. "We have to plan for our collective future—and the first step begins with social, emotional and intellectual tools we provide to our children."

"As humans, our greatest tool for survival is our ability to think and to adapt—as educators, storytellers and communicators, our responsibility is to continue to do so."