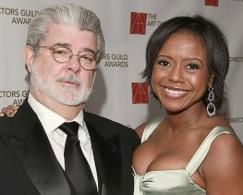 George Lucas is apologizing and backtracking in a big way after describing Disney, who he sold 'Star Wars' and Lucasfilm to, as "white slavers."

Lucas sold is company in 2012 for $4.06 billion. Disney is raking in the cash with 'Star Wars: The Force Awakens' and the studio already has firm plans for two more 'Star Wars' films and three anthology films set in the universe over the next few years.

He made the comments during an interview with Charlie Rose that was taped before the release of the film.

"I sold them to the white slavers that takes these things, and…," Lucas said, before laughing and leaving his thought incomplete.

"They looked at the stories, and they said, 'We want to make something for the fans.' They decided they didn’t want to use those stories, they decided they were going to do their own thing. They weren't that keen to have me involved anyway."

"But if I get in there, I’m just going to cause trouble, because they're not going to do what I want them to do. And I don't have the control to do that anymore, and all I would do is muck everything up... so I said, 'OK, I will go my way, and I'll let them go their way.'"

"They wanted to do a retro movie. I don't like that," he said. "Every movie I work very hard to make them completely different, with different planets, with different spaceships — make it new."

But now in an extended statement, Lucas says he "misspoke" and does a 180 on his perspective of Disney.

"I want to clarify my interview on the Charlie Rose Show. It was for the Kennedy Center Honors and conducted prior to the premiere of the film. I misspoke and used a very inappropriate analogy and for that I apologize," he says.

"I have been working with Disney for 40 years and chose them as the custodians of Star Wars because of my great respect for the company and Bob Iger's leadership. Disney is doing an incredible job of taking care of and expanding the franchise."

"I rarely go out with statements to clarify my feelings but I feel it is important to make it clear that I am thrilled that Disney has the franchise and is moving it in such exciting directions in film, television and the parks."

"Most of all I'm blown away with the record breaking blockbuster success of the new movie and am very proud of JJ and Kathy."