George Lucas To Build His $1 Billion Museum In Los Angeles 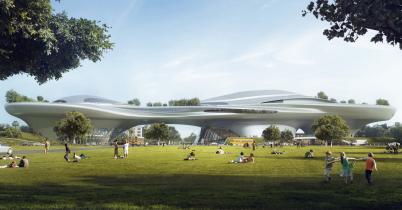 George Lucas has selected Los Angeles as the site for his $1 billion Lucas Museum of Narrative Art.

The 'Star Wars' creator picked the city over rival San Francisco. The museum will feature pieces from the filmmaker's personal collection including memorabilia from 'Star Wars, vintage photographs and a several traditional paintings.

"After extensive due diligence and deliberation, the Board of Directors of the Lucas Museum of Narrative Art is pleased to announce plans to build the museum in Exposition Park in Los Angeles," the museum's board of directors says in a statement.

"We have been humbled by the overwhelmingly positive support we received from both San Francisco and Los Angeles during our selection process. Settling on a location proved to be an extremely difficult decision precisely because of the desirability of both sites and cities."

The museum is eyeing a May 4, 2020 launch, according to Los Angeles Mayor Eric Garcetti.

However, Garcetti cautioned that "this is not a Star Wars museum."

"This is a collection of narrative art in a city that has the best storytellers and storymakers in the world. The best collection of Norman Rockwell paintings on Earth. Works from R. Crumb," he added.

Lucas said that the destination will be "a barrier free museum where artificial divisions between 'high' art and 'popular' art are absent, allowing you to explore a wide array of compelling visual storytelling. Visitors who might be less inclined to visit a traditional fine art museum will be invited to engage with and relate to art forms they recognize and love."