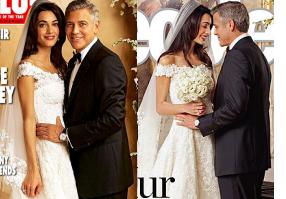 George Clooney, who relinquished his title as Hollywood's most eligible bachelor in September 2014, is going to be a father.

George and Amal Clooney have confirmed they are due to have twins in June. The twins will be the first children for both.

Amal, a human rights attorney, celebrated her 39th birthday earlier this week while Clooney is 55.

Last year, in a chat on 'CBS This Morning' with Charlie Rose, Clooney opened up about his thoughts on having children.

"I mean, I've thought about it. I've been asked about it a lot lately because I've gotten married and I'm doing a movie with kids in it," he said.

He added that he's always been close to his parents and family was "big time" important.