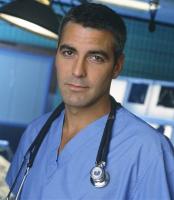 With Jimmy Kimmel in need of immediate help, the show recreates a hilarious scene from 'ER' with George Clooney and 'House's Hugh Laurie.

Laurie is especially hilarious as he breaks character several times and even takes a shot at Kimmel.

"It's just that I don't do microsurgery," he quips after taking a look under the sheets.