Gary Coleman Wanted To Be Kept Alive 'As Long As Possible' 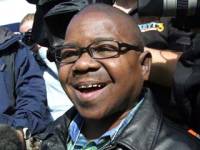 Legal documents signed by Gary Coleman in 2006 have revealed that the actor specifically stated that he did not want anyone to pull the plug on him, in the event he was incapacitated.

Under the heading 'Instructions for Health Care', the former child star checked a box marked 'Choice To Prolong Life' that read: "I want my life to be prolonged as long as possible within the limits of generally accepted health care standards."

More telling is the fact that Coleman left blank the box next to 'Choice Not To Prolong Life', which states: "I do not want my life to be prolonged if (1) I have an incurable and irreversible condition that will result in my death within a relatively short time, (2) I become unconscious and, to a reasonable degree of medical certainty, I will not regain consciousness, or (3) the likely risks of treatment would outweight the expected benefits."

Ironically, Price filed the documents with the court as part of her claim over Coleman's body. In the documents, she claims that she was 'forced' to pull the plug. Although she doesn't explain exactly what she means by 'forced'.

Meanwhile, Gary Coleman's cause of death has been officially ruled a fall, according to his death certificate. It blames "closed head injury" along with "chronic renal failure."

An autopsy was completed last week. Price has said she plans to scatter his ashes around train tracks.