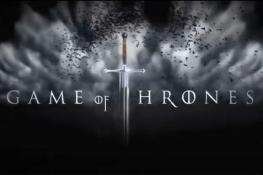 The first promo for season 7 of 'Game of Thrones' offers a first look at the upcoming episodes.

The 90-second clip is mostly a long walk but it holds a surprise at the end with a shot of Cersei panning out to reveal the Night King's eye.

The season, set to debut this summer, has fewer episodes than normal but Kit Harington has said it's an ambitious one with more money on each episode.

"So, the whole scale of it is up. It has to go into places TV hasn't been," he teased.