Gabrielle Union Recounts Being Raped at Gunpoint in College 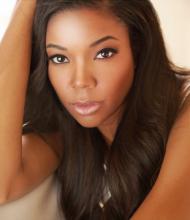 Gabrielle Union is opening up about her sophomore year of college at UCLA, when the actress was raped at gunpoint by a stranger in the shoe store where she worked.

"The way my dad looked at me after that, oh my God, is still a nightmare," Union writes in her book 'We’re Going to Need More Wine'.

"I sued Payless for negligence, but I wanted to sue them for my dad looking at me like that. The look was: Damaged. Victim. Guilt. Fear. I was the kid you bragged about. I got great grades. Was the perfect athlete. Blah blah blah. And in that moment, I was damaged."

Union's rapist was caught and received 33 years in prison on a plea deal.

"After I was raped, I didn't leave my house for a whole year unless I had to go to court or to therapy. Twenty-four years later, fear still influences everything I do."