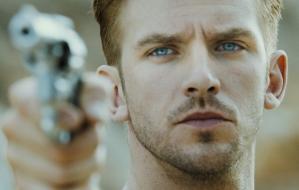 'Legion' will tell the story of David Haller, the mutant son of Professor Charles Xavier and Gabrielle Haller in the comics.

Since he was a teenager, David has struggled with mental illness. Diagnosed as schizophrenic, he has been in and out of psychiatric hospitals for years. But after a strange encounter with a fellow patient, he's confronted with the possibility that the voices he hears and the visions he sees might be real.

Marvel Television's Jeph Loeb is also on board to executive produce. FX has previously hinted that the series will exist in a "parallel universe if you will, where the government is aware mutants exist but the public is not."

It's slated to premiere sometime in early 2017.