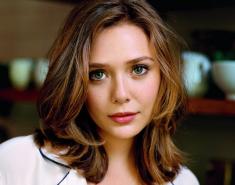 After being turned down by 'Full House' twins Mary-Kate and Ashley Olsen, producers of the 'Fuller House' spin-off tried to have the youngest sister replace them.

Being an in-demand actress and now Avenger as Scarlet Witch, it was never going to happen but producers say they wanted to try anyway.

Stamos says Mary-Kate and Ashley Olsen "seemed very into it; they just were afraid of acting."

"They hadn't acted and they don't consider themselves actresses," he explains in an interview.

So Stamos went to Plan B: "We actually went to... I don't think this has been talked about. I didn't do it, I think Jeff Franklin did. I said, 'Call the sister. Ask her.'"

"We talked to her agent and her agent was like, 'Come on, she's not going to do that.' But we did call her agent."