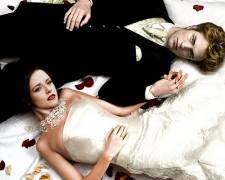 A new trailer for the final installment of the 'Twilight' series has been released.

Expanding on the teaser in March, the trailer features Kristen Stewart (photos

)'s Bella embracing her new role as a vampire.

"After 18 years of being utterly ordinary, I've finally found that I can shine," she says. "I was born to be a vampire."

The clip culminates in a battle between the Cullens and the Volturi.

'Twilight: Breaking Dawn Part 2' has a release date of November 16.