Yes, Jodie Sweetin, who played Stephanie Tanner on 'Full House', is all grown up.

The 25-year-old married 30-year-old set driver and actor Cody Herpin this month. The two were married on July 14, 2007 at a Las Vegas wedding chapel.

It's Sweetin's second marriage. Her first ended shortly after she developed an addiction to crystal meth.

But at least she's working hard on the second, right? Here she is giving Herpin a little lap dance at a club last night.

And if you missed it last month, check out Sweetin dressed to please at an event. 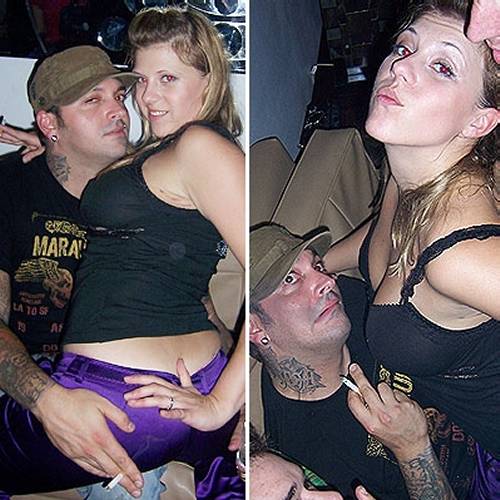