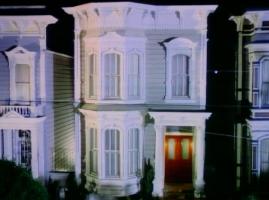 Jeff Franklin, the executive producer of the 'Full House' and the new Netflix revival, has purchased the famous house that served as the facade for the Tanner family residence.

Franklin bought the house, located at 1709 Broderick St. in San Francisco, for $4 million. The property had gone on the market in May for $4.15 million.

The Victorian architecture 2,500 sq. ft. home has four bedrooms and four bathrooms. But the real reason Franklin wanted it was because of its connection the beloved '90s sitcom.

He also plans on finally being able to shoot new footage of the exteriors and maybe even shots with the cast. Franklin says they haven't been able to do that since the original setup shots since the owner wasn't too pleased with fans coming to the property.

"No one has allowed us to shoot in that house since we did our very first stock shoot back in April of '87," he tells THR. "Our audience has watched the same cars drive by that house now for 29 years. It's going to be really nice to see some new cars drive by the house."

"The house came on the market and really, I just thought, I have to buy this house," he says. "I'm so sentimental about the house. It's great to have the house in our Full House family and be able to preserve it for the fans. Seriously, I love owning this house."

Franklin says he plans on doing six months of construction on the home inside and out since it still has the original brick foundation from 1883.

"There are probably 250 fans per day that show up and take a picture in front of it. It will be a lot more fun for the fans because now the house will look like the Tanners really live there. It's a gift to the fans, but it's also fun for me to own it."