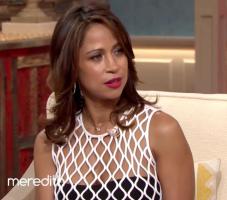 Hubert slammed Dash for suggesting that there's nothing wrong with the Oscars and the country didn't need Black History Month or even BET.

"I think she's just saying this kind of bull because she wants sensationalism and she's working for Fox and she needs a job and she's making a check," said Hubert.

Much like BET itself, Hubert pointed out Dash "has worked on BET more than most actresses have."