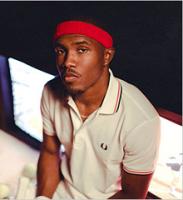 Frank Ocean says he won't file criminal charges against Chris Brown after their alleged brawl in the parking lot of a Los Angeles Studio.

"As a child I thought if someone jumped me it would result in me murdering or mutilating a man. But as a man I am not a killer," The Channel Orange artist muses on his Tumblr page.

"I'm an artist and a modern person. I'll choose sanity. No criminal charges. No civil lawsuit," he says.

"Forgiveness, albeit difficult, is wisdom. Peace, albeit trite, is what I want in my short life. Peace."

Last week, Ocean said that the incident, in which Brown "jumped" him, left him with a cut hand that would affect his performance at the Grammy Awards.

The move appears to be a change of heart given a Los Angeles County Sheriff's spokesman said a day after the brawl that Ocean was "desirous of prosecution in this incident."