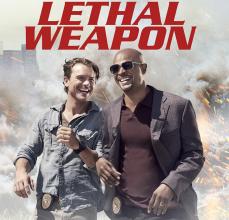 Fox has handed out its first full season pick-up of the season, ordering five additional episodes of 'Lethal Weapon' to give it a full season.

"Matt Miller, McG, Dan Lin and Jennifer Gwartz have done a tremendous job on this show, which has proven to be a self-starter and solid companion for Empire. We are thrilled to add these episodes to LETHAL WEAPON’s first season."

The series premiered with Fox's highest fall premiere in two years. It's the No. 3 new drama this season (tied with 'Bull').

Grief-stricken after the loss of his young wife and unborn child, ex-Navy SEAL-turned-detective Martin Riggs moves to California to start over at the LAPD. He's paired up with Roger Murtaugh, who's just coming back to the job after a near-fatal heart attack.

It airs Wednesdays at 8 PM on Fox.