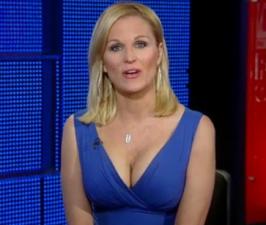 The New York times reports that the cable network was hit with the lawsuit in the weeks after former chairman Roger Ailes' dismissal from the network amid Gretchen Carlson‘s sexual harassment claims.

Juliet Huddy, a longtime contributor to the network, claimed that O'Reilly sexually harassed her starting in 2011 and retaliated against her professionally when she declined his advances by dropping her from his show.

According to the letter, O'Reilly "propositioned her on multiple occasions", forcibly kissed Huddy when she visited his home and made "inappropriate phone calls" to her while he was pleasuring himself.

Huddy, who was a regular on 'The O'Reilly Factor', says when she made it clear she wasn't interested, he dropped her from the show despite having "one of the highest rated segments."

She also accuses Fox News Co-President Jack Abernethy and says he "constantly called her at the office and asking her to come by his office."

Huddy has yet address the allegations publicly. She is reported to have settled in the high six figures.