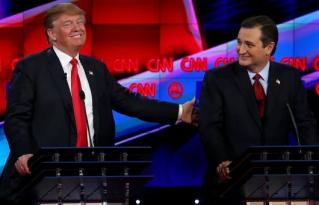 Fox News claims that Donald Trump demanded $5 million to appear at their debate.

Trump skipped the Thursday debate because he said he didn't believe Megyn Kelly was a fair moderator, after his war of words with her following an earlier debate.

"Roger Ailes had three brief conversations with Donald Trump today about possibly appearing at the debate," Fox News says in a statement.

"Trump offered to appear at the debate upon the condition that Fox News contribute $5 million to his charities."

"We explained that was not possible and we could not engage in a quid pro quo, nor could any money change hands for any reason."

This isn't the first time Trump has asked for a network to pay for his appearance. Last year, he tried to force CNN's to donate the same amount of $5 million to appear at its debate.