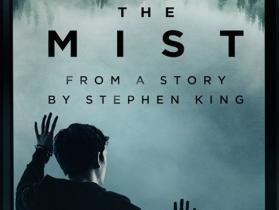 Spike TV has released the first trailer for its TV series based on Stephen King's 'The Mist'.

The series isn't set in a grocery store like the 2007 movie and series creator Christian Torpe says that was a deliberate choice.

"I wanted to be respectful to the source material, but my feeling was there was already a great adaptation out there by Frank Darabont," Torpe tells EW. "The novella is 200 pages and one location, and we needed to change that to make an ongoing series. But we wanted to remain faithful to the heart of the story."