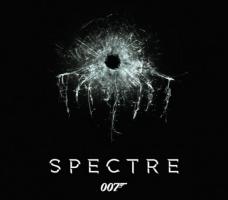 The first full trailer for James Bond's 'Spectre' has been released.

The trailer also introduces villain Christoph Waltz as he tells the secret agent: "It was me James, the author of all your pain."

In 'Spectre', a cryptic message from Bond's past sends him on a trail to uncover a sinister organization. While M battles political forces to keep the secret service alive, Bond peels back the layers of deceit to reveal the truth behind Spectre.