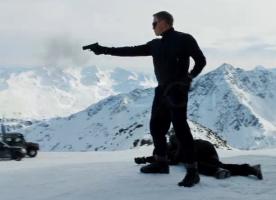 Sony Pictures has released the first behind the scenes footage from the Austrian location of 'Spectre', with Daniel Craig, Léa Seydoux, Dave Bautista and director Sam Mendes.

"Above all we have to deliver an amazing sequence and this is going to be one of the major action sequences of the movie. A jewel in the crown so to speak," says executive producer Gregg Wilson. "It's going to be spectacular."

"It's very surreal, it looks like a painting," says Bautista. "It's my very first time on a mountain."