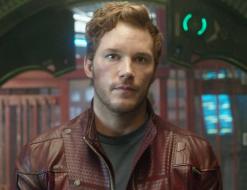 Marvel has released the first full trailer for its 'Guardians of the Galaxy' sequel.

The trailer shows the unlikely team of heroes in action but doesn't reveal too much in terms of the film's plot.

Director James Gunn had said that cutting together a trailer would be more laborious than the first because "there's a lot of mysteries in Guardians 2" and he didn't want to give too much away.