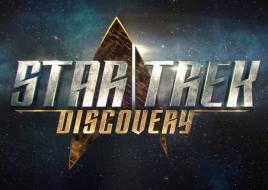 The lead character of the series is First Officer Michael Burnham, played by 'The Walking Dead's Sonequa Martin-Green.

She will be joined by Jason Isaacs as Captain Lorca of the Discovery and Michelle Yeoh as Captain Philippa Georgiou of the starship Shenzhou.

The 15-episode first season will air on CBS All Access streaming service with only the pilot airing on CBS proper. It was originally slated for January. However, due to a series of delays, it's now been pushed back to the late summer.