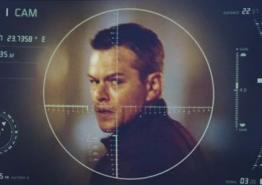 Universal Pictures has released its first trailer for 'Jason Bourne', his return as the character.

Paul Greengrass, the director of 'The Bourne Supremacy' and 'The Bourne Ultimatum', once again joins Damon for the next chapter of franchise, which finds the CIA's most lethal former operative drawn out of the shadows.

Damon has previously teased: "Without giving too much of it away, it's Bourne through an austerity-riddled Europe and in a post-Snowden world. It seems like enough has changed, you know? There are all these kinds of arguments about spying and civil liberties and the nature of democracy."