'Finding Dory' Threepeats On Top and Spielberg's 'The BFG' Flops 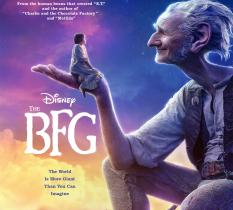 'Finding Dory' stayed atop the box office for the third weekend in a row.

After defeating 'Independence Day: Resurgence' last week, the Pixar animation release is enjoying another week on top despite a strong debut from 'The Legend of Tarzan'.

'The Purge: Election Year' came in third while Steven Spielberg's 'The BFG' badly flopped earning just over $22 million. The film was made on a budget of $140 million budget, so it may not even recoup its production costs.

It will rank as one of the biggest flops of Spielberg’s career. That's especially notable because 'The Purge: Election Year', which cost a mere $10 million to produce in contrast, finished millions ahead of it.

And rounding out the top five was the holdover, 'Independence Day: Resurgence', with $16.5 million. The follow-up to the hit has made $76.3 million domestically.