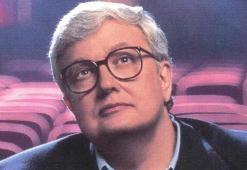 Film critic Roger Ebert has died after a long battle with cancer. He was 70.

Earlier this week, Ebert announced on his website that he was taking a "leave of presence" from his career after his cancer had returned.

The critic said it didn't mean he was "going away" and his intent was "to continue to write selected reviews." However, it was not to be.

"It really stinks that the cancer has returned and that I have spent too many days in the hospital," he wrote. "So on bad days I may write about the vulnerability that accompanies illness. On good days, I may wax ecstatic about a movie so good it transports me beyond illness."

Roger Ebert's death elicited reaction from Richard Roeper, one time television partner for 'At The Movies', to President Obama.

"I've known Roger for 30 years," Roeper said. "When I started in the newsroom I was afraid to talk to him—he was a legend. Throughout the years we became friends before we became television partners."

"The guy you saw on TV that loved movies—that was the guy. That was Roger Ebert. And so many other talk shows followed the Siskel and Ebert model. He was very personable and very friendly."

"Michelle and I are saddened to hear about the passing of Roger Ebert," read a statement from President Barack Obama. "For a generation of Americans—and especially Chicagoans—Roger was the movies."

"When he didn't like a film, he was honest; when he did, he was effusive—capturing the unique power of the movies to take us somewhere magical. Even amidst his own battles with cancer, Roger was as productive as he was resilient—continuing to share his passion and perspective with the world."

"The movies won't be the same without Roger, and our thoughts and prayers are with Chaz and the rest of the Ebert family."

Ebert is survived by his wife of 20 years, attorney Chaz Hammelsmith Ebert, a step-daughter and two step-grandchildren.

"I do not fear death," Ebert wrote in 2011 piece of Salon. "I will pass away sooner than most people who read this, but that doesn't shake my sense of wonder and joy."

"I know it is coming, and I do not fear it, because I believe there is nothing on the other side of death to fear. I hope to be spared as much pain as possible on the approach path."

"I was perfectly content before I was born, and I think of death as the same state. I am grateful for the gifts of intelligence, love, wonder and laughter. You can't say it wasn't interesting."