Featurette Tackles Poetic Beauty and Themes Of 'The Revenant' 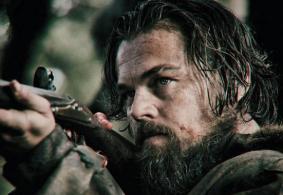 20th Century Fox has released a new three minute feature to explore the different levels of the beautifully poetic and story of one man's journey of survival in 'The Revenant'.

Inspired by true events, the film stars Leonardo DiCaprio as explorer Hugh Glass, who was brutally attacked by a bear and left for dead by members of his own hunting team.

'The Revenant' is directed and co-written by renowned filmmaker and Oscar winner Alejandro G. Inarritu. It will be released on December 25, 2015.