Full Length 'Fantastic Beasts and Where to Find Them' Trailer Drops 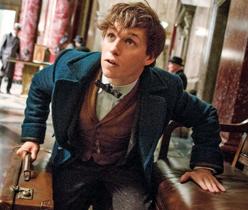 Warner Bros. has dropped its first full length trailer for 'Fantastic Beasts and Where to Find Them'.

And Harry Potter fans will be ecstatic to not only return to the Wizarding World but to hear the franchise's familiar theme within.

The trailer mentions Hogwarts and Dumbledore as we're introduced to Newt Scamander, played by Eddie Redmayne.

Scamander arrives with his case full of magical creatures in 1920s New York City. However, he must quickly recruit a team after the creatures escape.