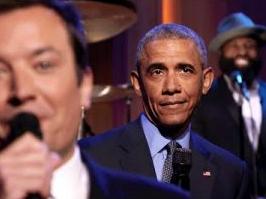 "You know it seemed appealing at first," he says, "because it was all bright and flashy and different but once you finally have it, you realize you made a huge mistake."

He also says he plans on watching 'Big Little Lies'.

"And by that I mean Sean Spicer's press conferences."