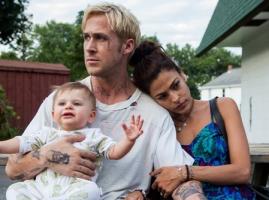 The pair, who have been dating for three years, are expecting their first child together and Mendes is thought to be seven months along.

The actress has managed to stay out of the public eye in recent months by not being publicly photographed since March.

A source close to the 40-year-old Mendes says: "She's been ready for motherhood for a while now. And to be sharing this experience with Ryan is a dream come true for her!"

They first met on the set of 'A Place Beyond the Pines', where, coincidentally, they played the role of parents.

Mendes denied pregnancy rumors in February during an appearance with Ellen DeGeneres.

"It's so ridiculous," she said at the time. "It all started because I didn't want to go through the scanners at the airport. You know those X-ray scanners, which are really creepy? They basically see you naked, right?"

"And not only that, but there's a radiation aspect to it, so I always opt out."