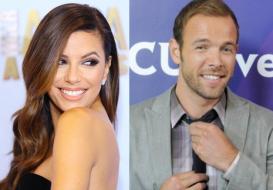 Although she denied tabloid rumors months ago, Eva Longoria (photos

) is now confirming she's dating a contestant from her reality dating show 'Ready for Love'.

The former 'Desperate Housewives' actress is dating Miami-based entrepreneur and philanthropist Ernesto Arguello, who she met last year when Arguello was cast in the NBC show produced by her.

However, Longoria claims that their friendship didn't turn to romance until recently.

"I think that's why our relationship is so special, we truly started out as friends," she tells 'People' magazine.

"I guess we have the press to thank for pushing us to see something we didn't see."

Longoria was married to NBA star Tony Parker from 2007 to 2011, a marriage that ended with accusations of cheating.