ESPN Releases Trailer for Documentary 'OJ: Made in America' 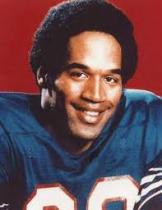 ESPN has released a trailer for 'OJ: Made in America', its five-part documentary examining the rise and fall of the football star.

Simpson played professionally in the National Football League (NFL) as a running back for 11 seasons.

However, he gained international notoriety after being acquitted of the 1994 murders of his ex-wife, Nicole Brown Simpson, and Ronald Goldman after a lengthy criminal trial.

The documentary will trace Simpson's stardom from his crossover success as an actor and TV pitchman to recent imprisonment for a robbery and kidnapping conviction years after he was acquitted.

The series comes at a time of renewed attention in the case, largely due to the hit FX series which aired its finale on Tuesday