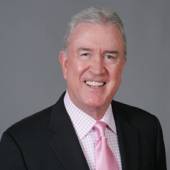 If you were wondering why longtime ESPN announcer Ron Franklin was taken off this weekend's radio broadcast of the Fiesta Bowl, it's been revealed that it was due to an incident he had with sideline reporter Jeannine Edwards.

It all started in a production meeting for the broadcast of the Chick-fil-A Bowl on Friday, which also included announcers Ed Cunningham and Rod Gilmore.

During the meeting, the subject of Gilmore's wife Marie being elected mayor of Alameda came up. As the three men discussed the topic, Jeannine Edwards tried to chime in with her two cents.

But she was promptly cut off by Franklin.

"Why don't you leave this to the boys, sweetcakes," he said.

A fuming Edwards reported Franklin's comments to ESPN management. The network tried to get Franklin off the Chick-fil-A Bowl broadcast the same day, but they were unable to find a replacement in time.

They eventually decided to pull Franklin off the Fiesta Bowl radio broadcast the following night after they were able to line up Dave Lamont to fill in.

Franklin signed a two-year contract with ESPN last July. ESPN has not commented on his current status with the company and has only said that "adhering to our personal conduct policies and showing respect for colleagues are of the utmost importance to our company and we take them extremely seriously."

He is currently scheduled to call Wednesday and Saturday Big 12 regular telecasts.