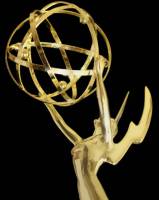 The Television Academy is responding to Donald Trump's insistence that the awards are "rigged" because 'The Apprentice' never took home a win.

This after Hillary Clinton said during this week's debate that: "When he gets sued for fraud and racketeering, he claims the court system and federal judge is against him. There was even a time when he didn't get an Emmy for his TV program three years in a row, and he started tweeting that the Emmys were rigged."

"It's true," interrupted Trump. "Should have gotten it."

"Amazing Race winning an Emmy again is a total joke. The Emmys have no credibility — no wonder the ratings are at record lows," Trump wrote in 2012 after his show lost to 'The Amazing Race' once again. "The Emmys are all politics, that's why, despite nominations, The Apprentice never won — even though it should have many times over."

The Television Academy responded on Twitter along with a chart of its entire process, adding: "Rest assured, the Emmys are not rigged."