Elon Musk and Talulah Riley To Divorce For Second Time 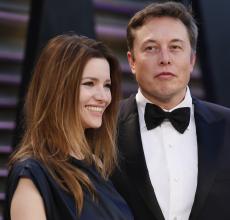 Billionaire Elon Musk and actress Talulah Riley are divorcing for the second time.

The Tesla Motors and SpaceX CEO then filed for divorce on New Year's Eve in 2014 before withdrawing the request seven months later. However, the 'Inception' actress has once again filed papers citing irreconcilable differences.

The two have reportedly been living apart for six months.

At the time of their first split, Musk and Riley had agreed on $16 million as part of a financial settlement.

Musk had previously been married to Canadian author Justine Musk from 2000 to 2008. In a tell-all book following their divorce, she said Musk had an obsession with his women going blonde and wanted her to be a "trophy wife" but she could "no longer hide the boredom."