Ellen Pompeo Criticizes 'Dated' Emmys For Not 'One Person Of Color' 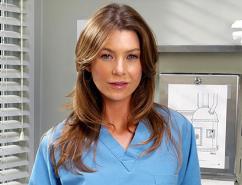 'Grey's Anatomy' star Ellen Pompeo is criticizing the 65th Annual Emmys for feeling "dated" due to lack of diversity.

"I didn't see any diversity in the Emmys at all," the 43-year-old actress said in an interview. "The Emmys felt so dated to me. That dance number was embarrassing. Did you see one person of color in that dance number?"

Pompeo then patted her ABC show on the back for its cast. 'Grey's Anatomy' wasn't nominated at this year's awards.

"I'm extremely proud of our very, very diverse cast which represents the world I walk around in every day."

However, Claire Danes took the trophy for the second straight year with her performance on 'Homeland'.