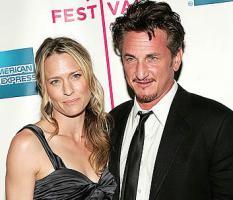 Mexican authorities say the drug lord's interest in a biopic and a secret meeting with actor Sean Penn led them to the notorious drug lord.

Penn's interview with Guzman, who has twice escaped from Mexican maximum-security prisons, was done for Rolling Stone magazine. In it, the actor describes the tight security he had to go through to meet El Chapo. But apparently they were not enough.

Another official says the interview first led authorities to Guzman in a rural part of Durango state in October. They raided the area but he escaped because police didn't want to open fire on the two women and a child he was with.

He was recaptured on Friday at a house in Los Mochis after a shootout that left five people dead and six injured.

"He was interested in seeing the story of his life told on film, but would entrust its telling only to Kate," Penn writes for the magazine referring to Mexican actress Kate del Castillo, who facilitated the meeting.

"The trust that El Chapo had extended to us was not to be f---ed with," Penn writes. "This will be the first interview El Chapo had ever granted outside an interrogation room, leaving me no precedent by which to measure the hazards."

"I took some comfort in a unique aspect of El Chapo's reputation among the heads of drug cartels in Mexico: that, unlike many of his counterparts who engage in gratuitous kidnapping and murder, El Chapo is a businessman first, and only resorts to violence when he deems it advantageous to himself or his business interests."

Penn acknowledged that Guzman was granted full prior approval over the magazine's article, which would violate its journalistic integrity.

El Chapo had been on the run since July when he made a prison break through an elaborate tunnel with the help of lighting and oxygen tanks.