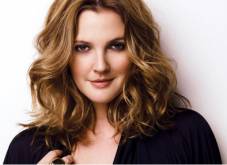 Drew Barrymore and Eddie Murphy have topped Forbes' list of most overpaid actors in Hollywood.

"For every $1 Murphy was paid in salary we found that his recent films have returned an average $2.70," says the magazine.

"To put that in perspective, Nicole Kidman (photos

But Barrymore is even worse as the magazine estimates she returns just 40 cents for every dollar the studios spend on her.

The list was formed by looking at the 40 highest-earning actors in Hollywood and comparing their film's returns.

One important thing to note is that Forbes did not include animated films because it concluded the stars weren't the draws at the box office. So Murphy was not credited for the billions made by the 'Shrek' franchise.

Will Ferrell, who topped the list the past two years, ranks third with a $3.50 return for every $1 he was paid.