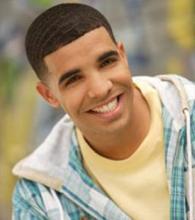 Drake is still raking in the money from his acting days on 'Degrassi: The Next Generation'.

"Degrassi money still coming in don't sleeeeeeeep," he captioned a photo of the $8.25 royalty check he received from the series.

The 30-year-old singer appeared on the Canadian TV series for eight seasons from 2001-2007 as high school basketball star Jimmy Brooks.

"Back then, I'd spend a full day on set and then go to the studio to make music until 4 or 5 AM," he recounted to W magazine a couple of years ago.

"I’d sleep in my dressing room and then be in front of the cameras again by 9 AM. Eventually, they realized I was juggling two professions and told me I had to choose. I chose this life."

The singer, now estimated to be worth $90 million, released his fifth studio album 'More Life' in March.