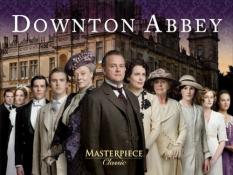 A NBCUniversal executive says a 'Downton Abbey' movie is definitely in the works and expected to begin production next year.

"There's a movie in the works. It's been in the works for some time," Michael Edelstein, president at NBCUniversal International Studios, said at a Singapore red-carpet event for 'Downton Abbey: The Exhibition'.

"We are working on getting the script right and then we've got to figure out how to get them (the cast) together. Because as you know, people go on and do other things. But we're hopeful to make a movie sometime next year."

Upon hearing the news, several cast members said they hadn't been informed of anything concrete yet.

'Downton Abbey', which ran for six seasons, ended its successful run in 2015.