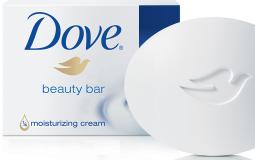 Dove is apologizing for an ad that showed a black woman peeling off a dark shirt and transforming into a white woman in a beige shirt.

A bottle of Dove body wash is prominently featured next to the women in the ad. The white woman then pulled off her shirt and revealed a third woman of a different ethnicity underneath.

After receiving backlash, Unilever deleted the ad posted on Facebook and admitted it "missed the mark in representing women of color thoughtfully."

"We deeply regret the offense it caused," it added.

But some users were still let confused. One Facebook commenter remarked: "The message conveyed to me was that the Black Woman is dirty and once you use Dove soap, you'll be clean and White."

It's not the first time Dove has been criticized for a racially insensitive ad. A 2011, it featured an ad that showed two women of color and a white woman standing in front of "before" and "after" signs.