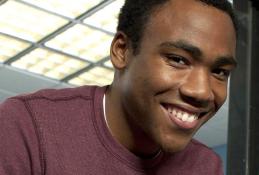 Donald Glover has joined the cast of 'Spider-Man: Homecoming'.

Fans had campaigned for Glover to play the webbed superhero before the role went to Andrew Garfield for 'The Amazing Spider-Man'.

Marvel hasn't yet announced the character Glover will be playing.

He joins Marisa Tomei as Aunt May, Zendaya as the female lead and Michael Keaton as the villain in the joint Sony and Marvel project. Robert Downey Jr. is expected to appear as Tony Stark/Iron Man.

Holland made his debut as Spider-Man in 'Captain America: Civil War' in May. Production on 'Spider-Man: Homecoming' begins later this month and it is currently set for a July 7, 2017 release.