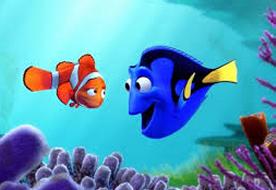 The film will explore the idea of her being reunited with her family and take place six months after the events of 'Finding Nemo'.