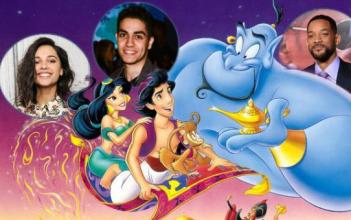 Disney has found Aladdin and Princess Jasmine for its live-action reboot of the story.

Massoud was born in Egypt and raised in Canada while Scott is a British actress whose mother hails from India.

Will Smith is confirmed to play the Genie, which was a role made infamous by Robin Williams in the animated classic.

It is still casting for villain Jafar, who will likely be played by a more recognized name, the monkey Abu, and the tiger Raja.

Guy Ritchie will direct the live-action, musical update much in the style of its recent 'Beauty and the Beast'.