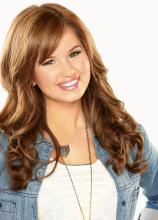 Debby Ryan, star of Disney channel's 'Jessie', is owning up after being arrested for drunk driving in Los Angeles.

The 22-year-old actress was arrested for drunk driving after she hit another vehicle and injured the driver while making a left hand turn last week.

She had been quiet about the actress. However, after TMZ broke the story, she finally fessed up to it.

"Over the last few days I have had the chance to think about my actions, and I wish I had used better judgement," she writes on social media.

"I recognize that I am a role model and have always worked hard to set a good example for my millions of fans. I am so sorry to disappoint everyone."