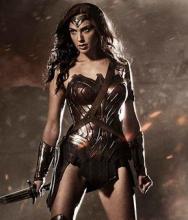 MacLaren, known for her work on 'Breaking Bad', 'The Walking Dead' and 'Game of Thrones', would have been the first female director to helm a major comic book film.

Instead, the studio will now select another director to take her place and bring its adaptation of the DC Comics character to life, starring Gal Gadot as the titular character.

This is the second time a female director has been replaced after being announced to a superhero film. In 2011, Marvel and director Patty Jenkins also parted ways after she was originally tapped to direct 'Thor: The Dark World'.

Gadot will first appear in 'Batman v Superman: Dawn of Justice'. It's unlikely that the move will affect the film's 2017 release.