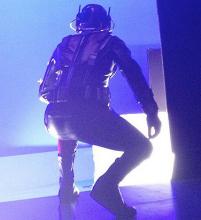 Wright had done re-write over re-write imagining the best way to bring the superhero to the big screen. At Comic-Con in 2012 he debuted his first person perspective footage of how the film would engage audiences.

However, Wright has not left the project due to creative differences.

Marvel and Wright say the split is "due to differences in their vision of the film."

It adds "the decision to move on is amicable and does not impact the release date on July 17, 2015. A new director will be announced shortly."

Shortly before Paul Rudd was officially announced as Ant-Man last year, Wright said he was glad to finally be at this stage.

"It's high time to finish something I've been working on," he said.

Wright is best known for 'Shaun of the Dead', 'Hot Fuzz' and 'The World's End'.